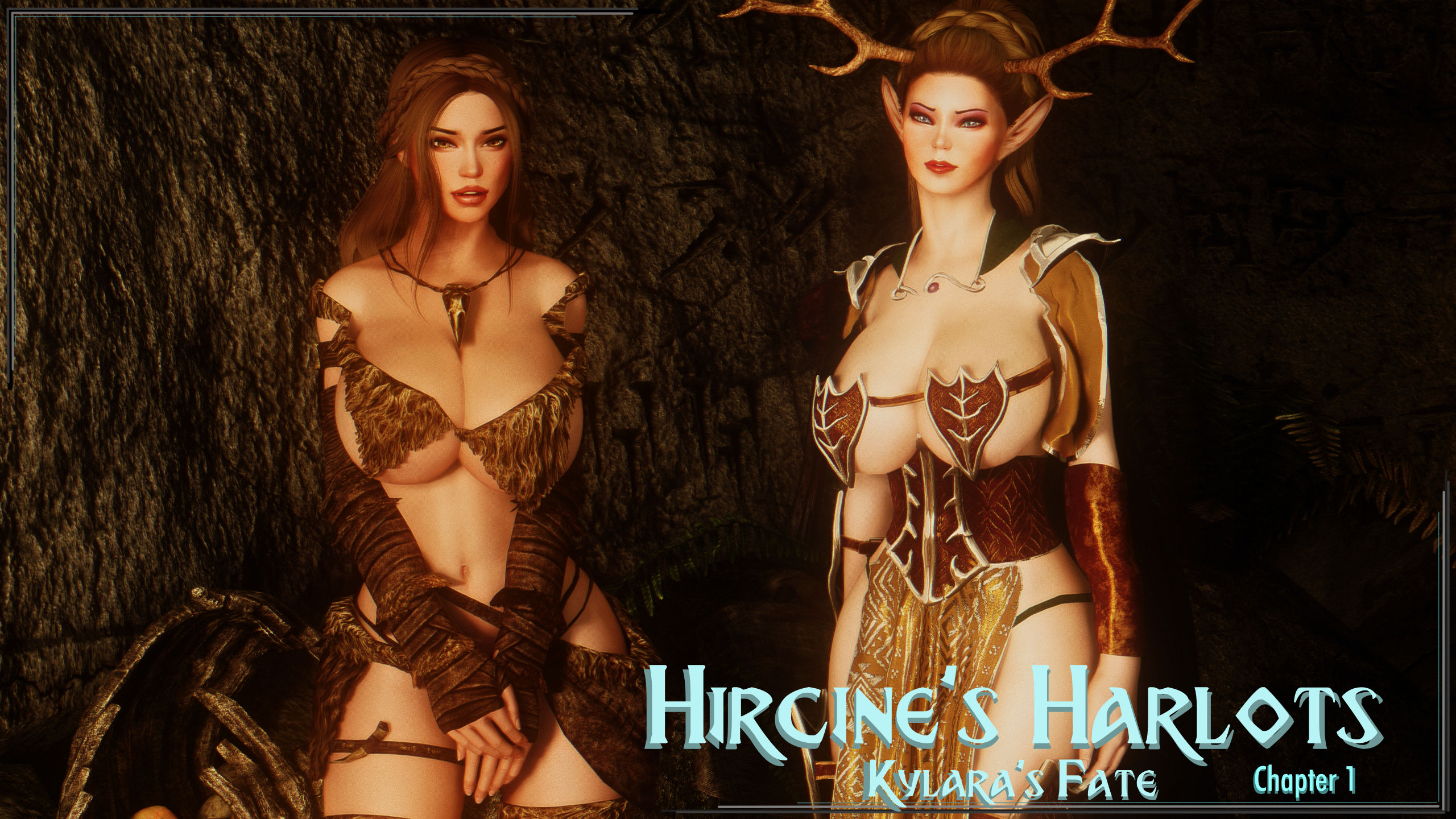 Overview:
Hircine’s Harlot is a planned series of visual novels made with Renpy and using highly modded Skyrim graphics.
It takes place within an alternate Elder Scrolls Universe that Magnus unknowingly created.
Dibella might have been the Goddess of love but Lucemka, an Aedra turned Daedra was the god of perversion and forbidden lust.
During the forming of Mundus, Lucemka left for a similar alternate reality where he could have greater power.
He twisted this alternate universe creating perverse forms of magic and changing that Nirn and everyone in it forever.