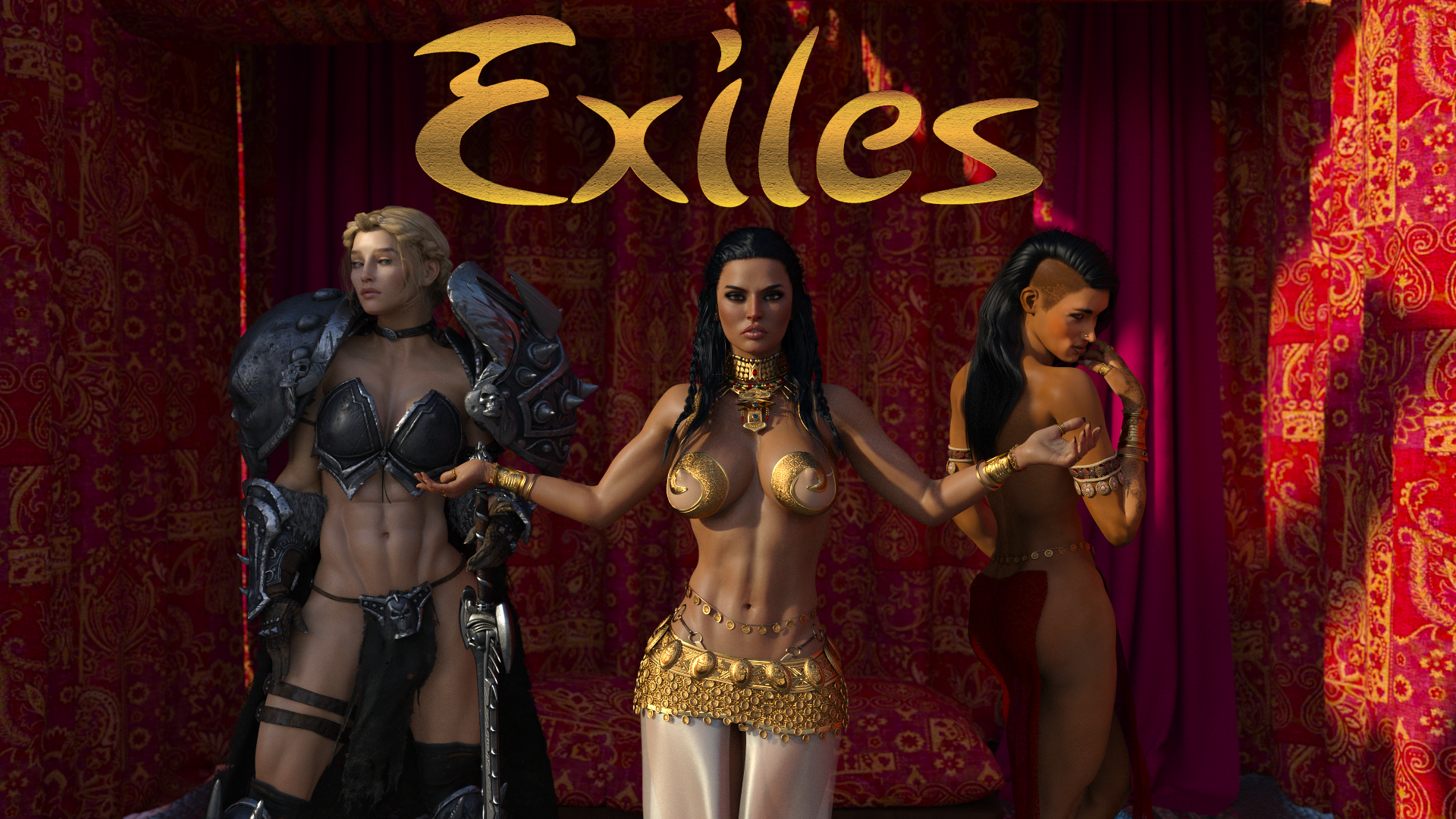 Overview:
Exiles is a fantasy adventure taking you from a 1001 Arabian Nights style land to far colder climes across the ocean to the other side of the planet (and maybe off of it) as the fate of the world hangs in the balance! You grew up a penniless orphan on the streets of Dumat al-Julfar, never expecting what fate had in store for you. Taken into the service of a rich patron, you’ll rise from lowly servant to epic (at least somewhat) hero! The story doesn’t take itself too seriously though. Along the way you’ll meet several primary supporting characters/love interests :
(NOTE: GAY AND TRANS CONTENT IS OPTIONAL)