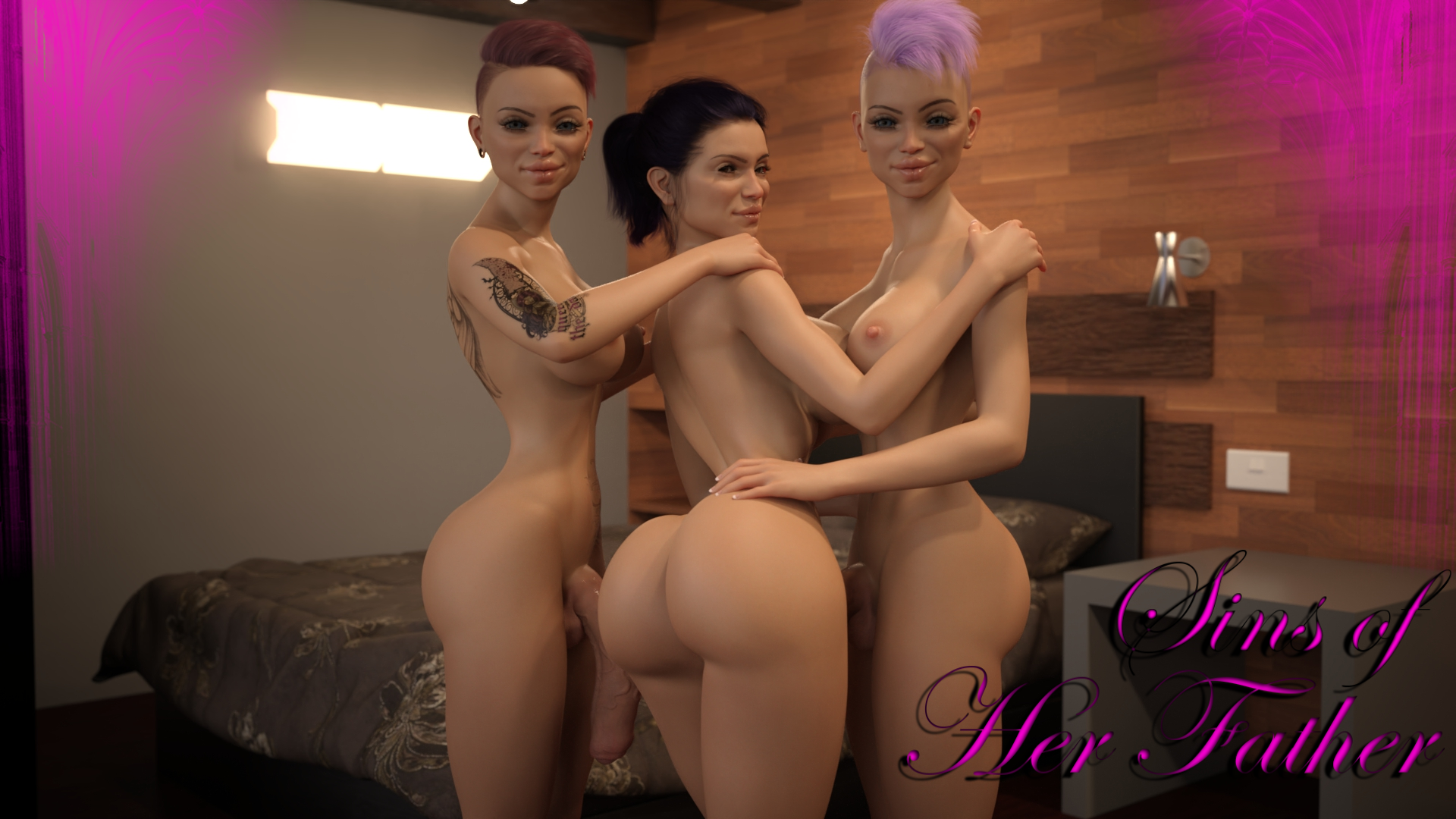 Overview:
Everyone is different and special and the traits that make them different and special should be celebrated, at least that’s what they say as long as you not too different or are the right kind of “special”.
The protagonist of this game is the daughter of a wicked and deviant man, a former mob-boss. I say former because he recently underwent a forced retirement and now resides in a nice retirement home in hell. This wouldn’t normally be a cause for concern for our protagonist but her father’s former co-workers would like to make her father’s retirement as complete as possible and make sure that even his children cannot claim any of his work benefits, if you get what I mean anyways.
Ever since her and her twin sister were born her father looked at them as though they were a freaks and made sure that they felt every bit of his disdain, because the protagonist of this game and her sister are futanari. Her father was both physically and verbally abusive to them as long as she could remember, however when they began to “develop” is when her father noticed that there were “redeeming” qualities to them and this is when the “other” type of abuse began. When she was sixteen years old however they ran away from home and left him and her mother behind. They didn’t make the best choices in life and it may sound cliche but they eventually found their way into stripping and doing adult films. However, they had some success and was able to make a life for themselves in the city. Then she found her mother at her house in search of a place to stay. You see, her father had finaly gotten what he deserved. Her mother, however, was turned out into the street and was now forced to find her own way. Now it’s up to the player to decide if she is going to forgive her mother for not protecting them and sheltering them from her father’s abuse, or she can use this opportunity to get a little bit of revenge.